NOT JUST A DIGITAL AGENCY BUT A PART OF YOUR DIGITAL TEAM.adCookie is a team of digital-enthusiasts who believe in the exceptional power of digital. We help brands all over the world to overcome their marketing challenges. Check our clients' reviews to make sure we do our best when it comes to satisfaction and quality. Our digital experts create complex PPC campaigns using the whole potential of Google Ads and Facebook Ads to improve your brand’s results. If you want to have a good first impression on your customers cooperate with us on your website as we build only effective and user-friendly ones. We believe there are no average results as well as average brands and are ready to prove it. Let’s talk if you share that view!OUR PHILOSOPHY: WE LOVE BRANDS WE WORK WITH We treat the digital challenges of our clients like our own, so we put 100% of the effort into everything we do. Perceive us as a member of your digital team, who is fully involved rather than just a digital agency.WE HAVE AN INDIVIDUAL APPROACH TO EVERY CLIENT We adapt to the client's organization needs. Thanks to our media planning and design in-house teams we can offer various services tailored for client’s needs: strategy creation, branding, online campaign planning and execution, social media management or website creation.WE ARE COST-EFFECTIVE Not only we have very attractive prices, but we also do our best to optimize your campaigns and spend your money wisely.WE DO NOT MASS-MANAGE CAMPAIGNS Every campaign in adCookie is personalized according to the client’s business challenges. We make sure that our specialist takes as many campaigns as he can handle at its best.WE CODDLE OUR REGULAR CLIENTS Once in 6 months we arrange training for clients on new trends in digital and send reports on changes in their industry and competitors’ online activities.

20 people in their team
Speaks English, Polish
10 projects in their portfolio
Works remotely across the globe
Sortlist member since 2018
Founded in 2015
19 awards conferred
No review yetBe the first to write one
Compare to other agencies
Service name
Experience level
Related reviewsStarting from 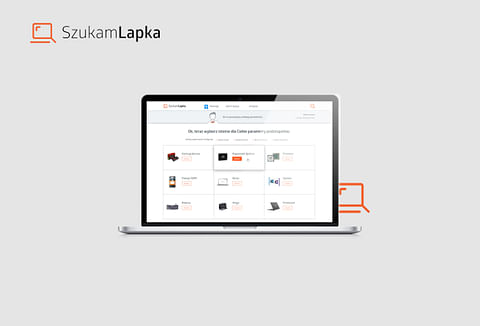 How to generate 51% more conversions in 3 months?

Project made for Notebookrank.pl in the Technology Hardware & Equipment industry for a B2C audience in 2017.We have improved the results of NotebookRank - an advance laptop price comparison engine - in 3 months, using an automated bidding strategy and by account segmentation. 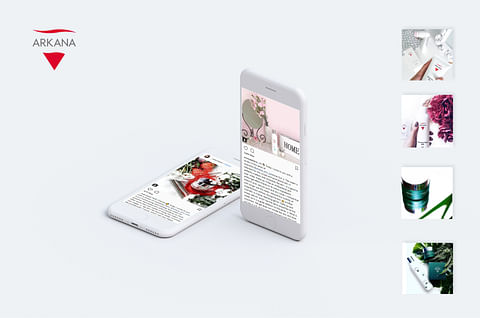 Arkana: How to Work with Influencers with 0 budget

Project made for Arkana in the Luxury Goods & Jewelry industry for a B2C audience in 2017.AdCookie decided to invite 100 organically selected female influencers to cooperate in the marketing campaign for the Arkana cosmetics brand. We focused not on the number of followers of each influencer, but first of all on the value of the message they can deliver and the level of audience involvement they had. With virtually no budget for advertising, but with the range of brand's products and a precise action plan in hand, we reached almost 1,720,000 viewers. 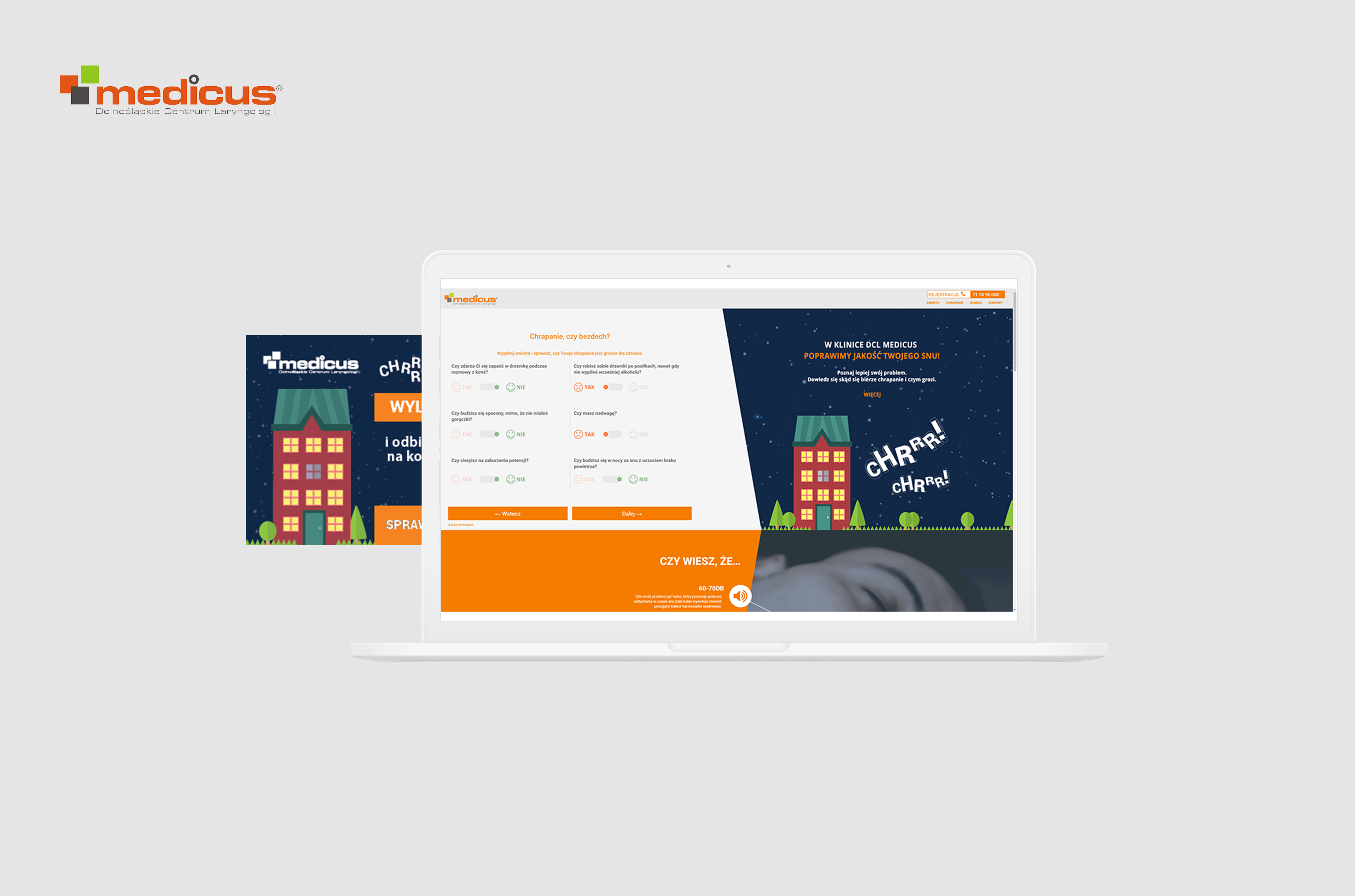 Project made for Medicus in the Hospitals & Healthcare industry for a B2C audience in 2016.Snoring… As much as 70% of men above the age of 40 suffer from this condition. Unfortunately, many of them are unaware of it and doesn’t seek medical help, despite the adverse effects that snoring has on the quality of sleep and their overall wellbeing. The health risk can be very serious especially in persons with sleep apnea, which is a potentially life-threatening disorder. The condition is also an issue for the ones who sleep next to a person snoring. As much as 260 hours of sleep can be compromised, which constitutes as much as 33 restless nights per year! How can we persuade a person with the snoring problem to seek medical treatment? That was the task that our Customer presented us with. As a result, adCookie created a unique online marketing campaign that brought as much as 800 valuable leads in less than six weeks. 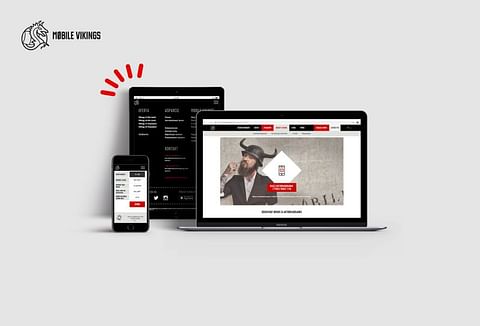 Project made for Mobile Vikings in the Telecommunications industry for a B2B / B2C audience.Check how we helped Mobile Vikings to improve their buying path and increase conversions by 400%. 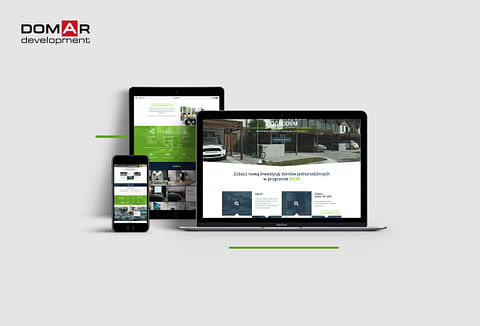 Project made for Domar Development in the Architecture & Planning industry for a B2C audience in 2015.We have been the first in Poland to use such a complex Virtual Reality system, both in marketing and sales, for the real estate industry. The main aim of the campaign was to sell Domar Development's terraced houses as soon as possible. Thanks to VR, every client was able to see what the individual houses will look like even before they are built. Within 6 months all houses from the first stage of the investment were sold, 50% of which found their buyers in the first twomonths. 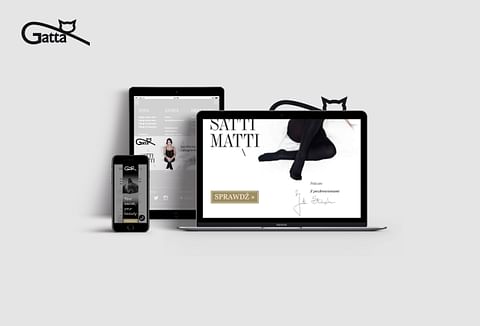 Gatta: how to improve both brand image and sales

Project made for Gatta in the Clothing & Accessories industry for a B2C audience in 2015.The campaign had diverse goals. In addition to strengthening the Gatta brand image, which was also achieved by informing about restarting the cooperation with the popular singer Justyna Steczkowska, the activities were directed at increasing interest in the new model of tights. The online campaign was aimed at increasing traffic and sales in the online store gatta.pl. The activities were performed nationwide. As a result of our promotion tights Satti Matti became the best-selling product in the entire online store during the whole campaign. 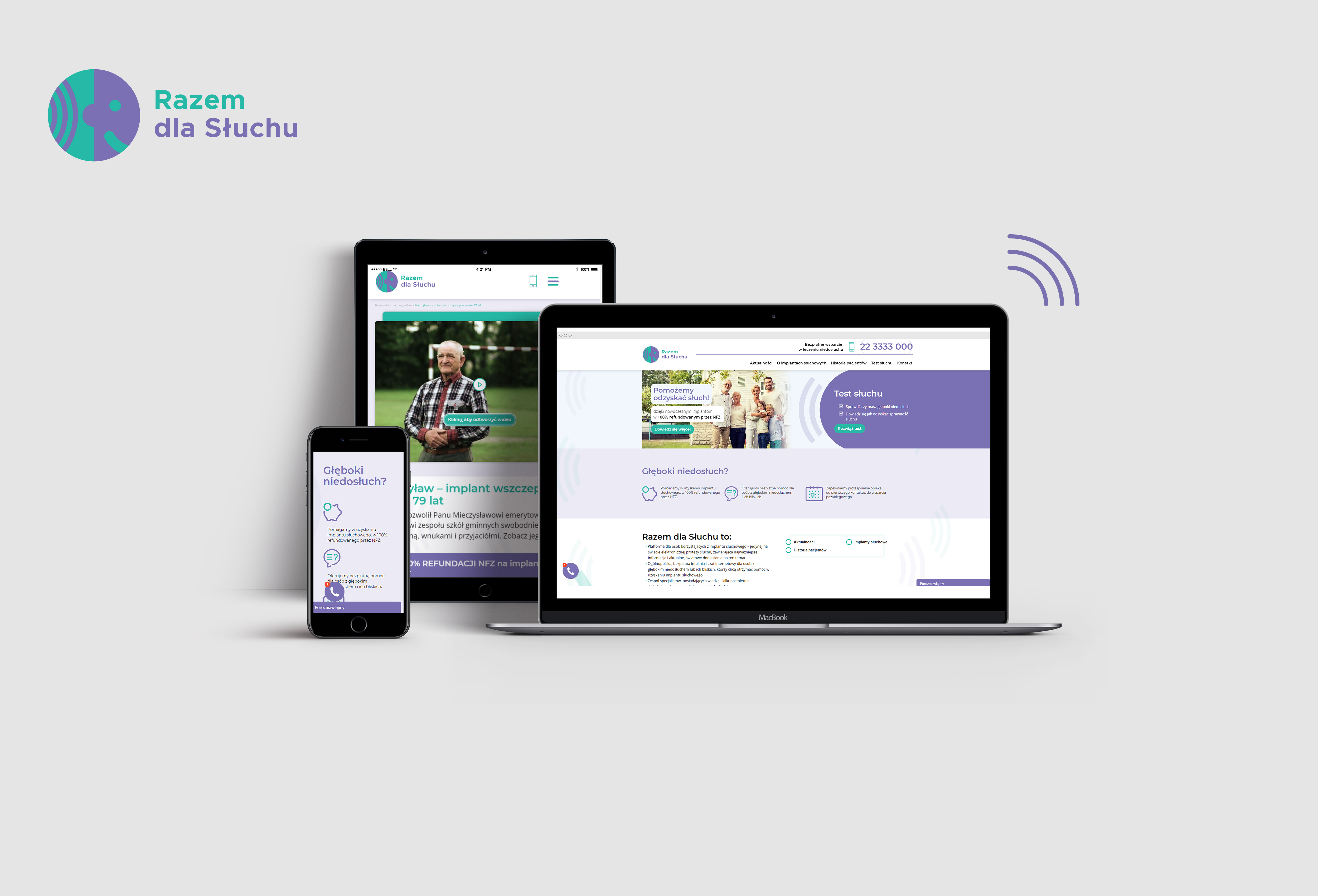 How to carry out an engaging campaign for the 55+

Project made for Together for hearing in the Hospitals & Healthcare industry for a B2C audience in 2017.Abstaining from online activities directed at the older generations is often justified by their lower absorption of new technologies, which means that the Internet does not seem to be an adequate medium for effective promotion among people aged 55+.CSO and CBOS reports also inform that the elderly and seniors are the least active groups on the Internet, accounting for 47% and 26% of online users, respectively, in their age category.Are in fact activities directed at older people less attractive and their involvement in the interaction difficult? If on top of that the awareness of the issue that we promote is very low?Is it possible to reach a group of recipients aged 55+ only by means of online marketing?The adCookie agency conducted an online campaign for the Razem dla Sluchu platform, which aims to build awareness around the problem of severe hearing loss and to reach people suffering from this condition without the knowledge of implantology and available solutions, going beyond the hearing aid. The activities were mainly targeted at older people aged 55+, their families and carers. 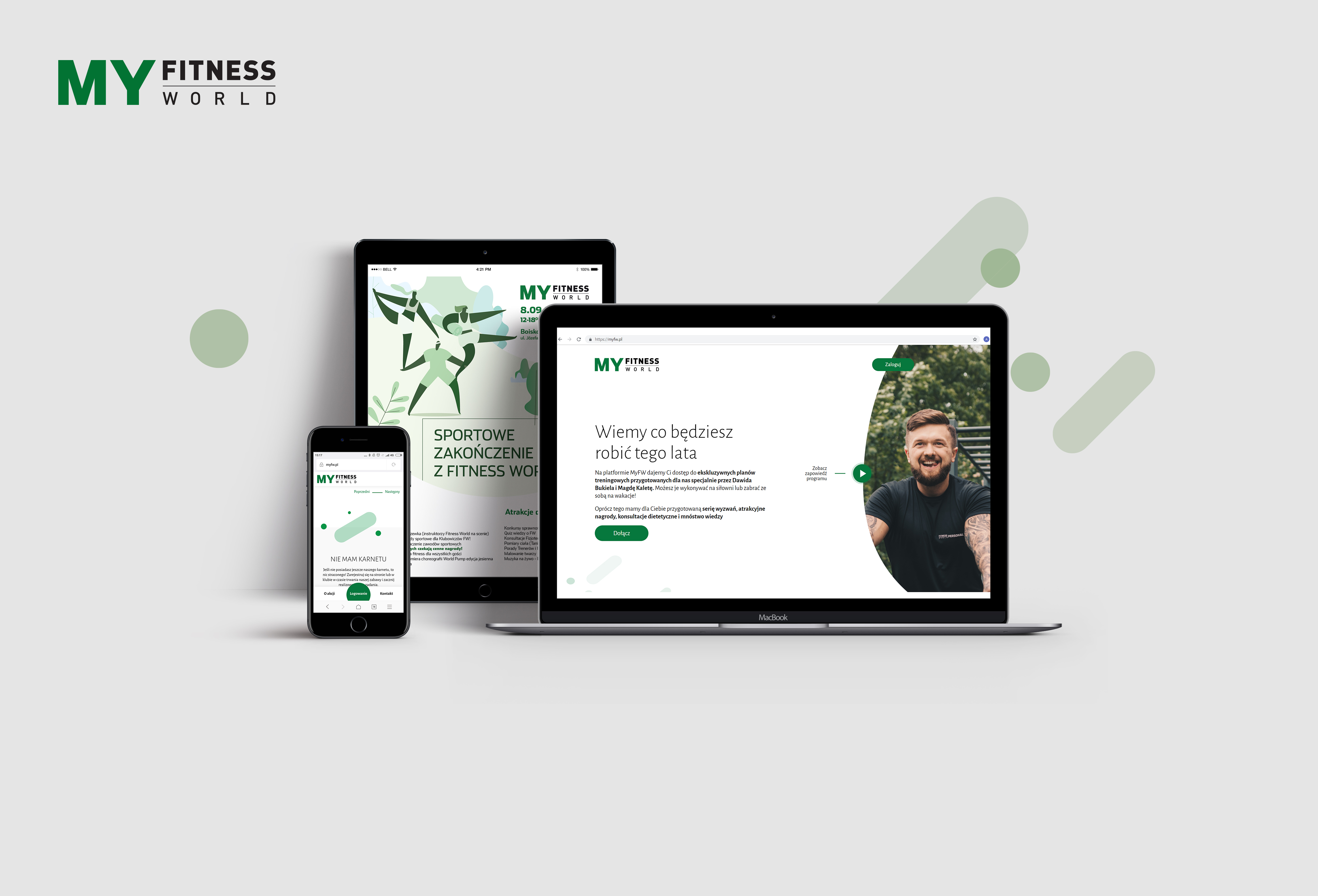 Project made for My Fitness World in the Sports industry for a B2C audience.Check how we solved the problem of losing clients during the long summer months. It is not surprising that gyms experience a significant decrease in visitors as the majority of people travel a lot throughout this time of the year. So we came up with the idea of a platform that would reward you for being a member. Fitness World client got exclusive access to fitness videos, diets and many more useful materials. 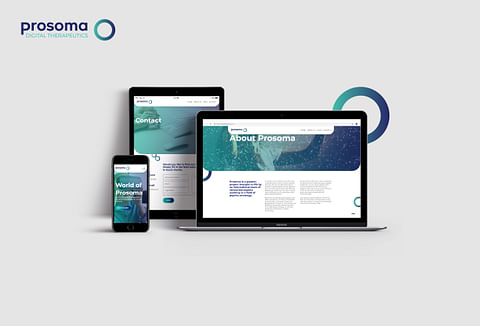 Project made for Prosoma in the Hospitals & Healthcare industry for a B2B / B2C audience.Prosoma is a Digital Therapeutics application, designed specifically for cancer patients. Check how we helped prosoma to build their visual identity and created a user-friendly designed website that connects Prosoma with doctors and experts. 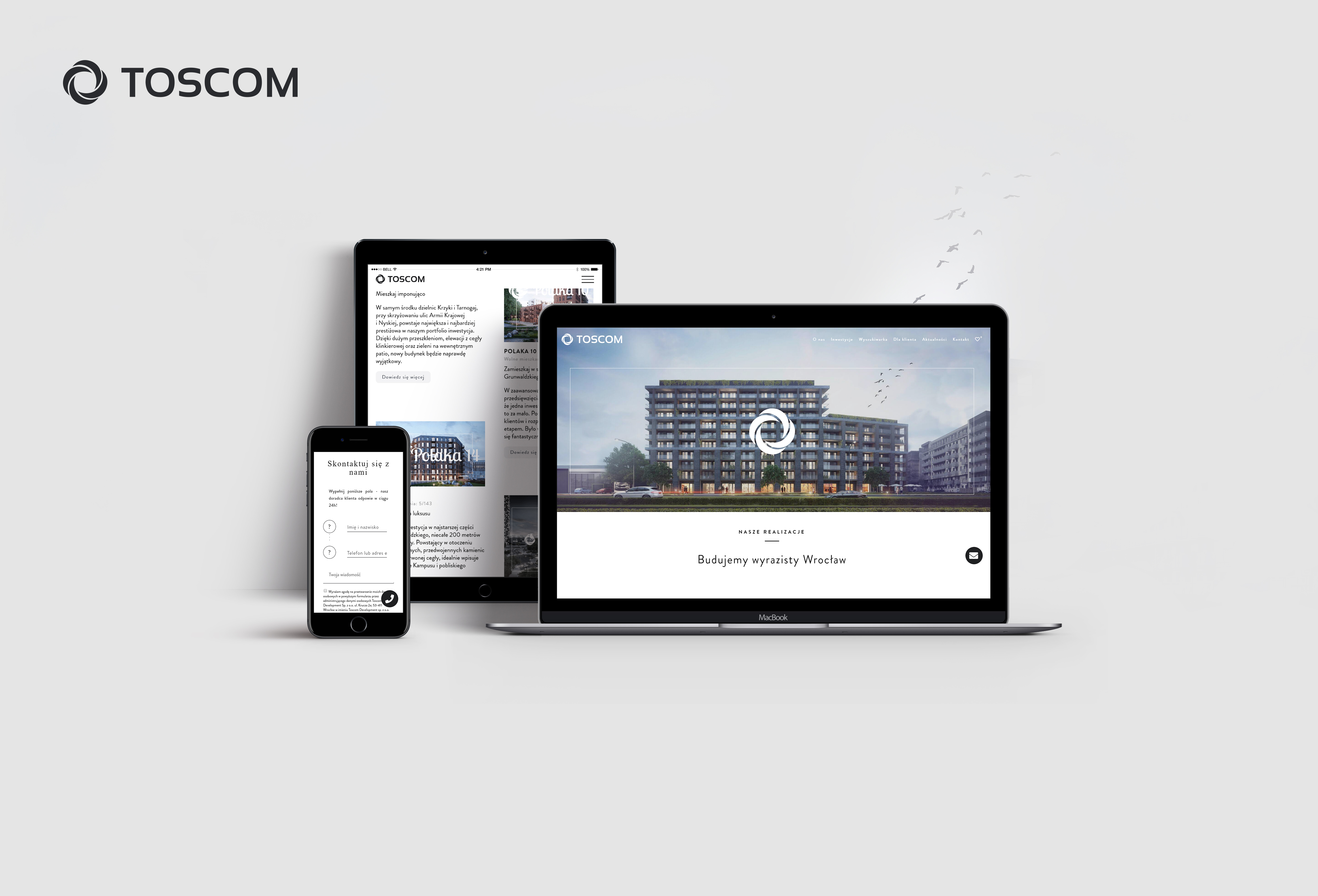 Project made for Toscom in the Real Estate industry for a B2C audience.Check how we helped Toscom to attract more potential customers with the modern website. The solution was found in a proprietary apartment search engine with the ability of 3D apartment search, which allowed Toscom to visualise their offer and achieve better results. 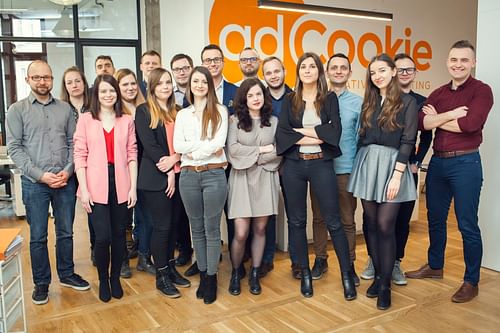